How The Rich Avoid Paying Taxes

The numbers are almost incomprehensible. According to an ongoing report, in the first 17 months of the COVID-19 pandemic, Amazon founder Jeff Bezos increased his already massive fortune by $75 billion. In that same time period, fellow aspiring astronaut and Tesla CEO Elon Musk reportedly added $150 billion to his own wealth, while Facebook cofounder Mark Zuckerberg gained $74.2 billion.

Since the report was last updated in August, the estimated wealth of all of these astoundingly rich individuals has only exploded further. But despite their individual economic growth, the country’s richest people often manage to pay exactly $0 in federal income taxes. Recently leaked Internal Revenue Service (IRS) documents revealed that billionaires like Bezos and Musk have all avoided paying any federal income taxes in previous years — some for multiple years, in fact.

Even before the IRS leak, investigating the legal ways wealthy people regularly circumvent paying federal income taxes was a familiar journalistic endeavour. After all, if tens of millions of Americans pay federal income taxes every year, why don’t the country’s wealthiest people have to do the same? How do people with inconceivable fortunes manage to owe the IRS nothing in federal income taxes? This article looks at some of the main ways the richest Americans keep the bulk of their financial empires out of IRS coffers. 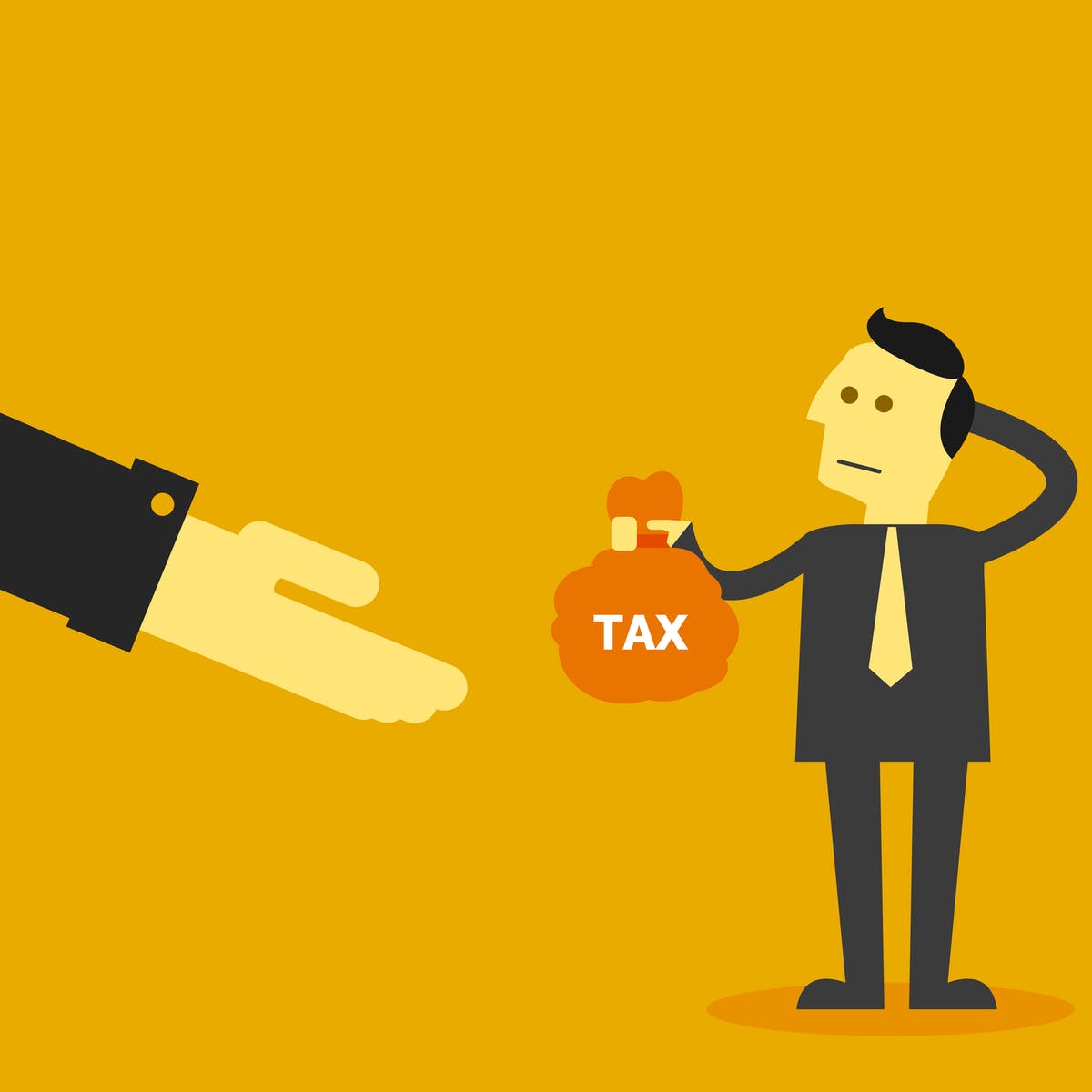 The vast majority of working Americans get their income from hourly wages or a regular salary. In both cases, it’s typical for income taxes to be automatically deducted. But people with a high net worth often collect the majority of their income from assets like stock holdings, property, or other investments. As those assets increase in value — the stock market goes up, pieces in their art collection get more expensive, the real estate market shifts in their favour — their total wealth increases too.

That income is only subject to taxes if they actually sell the asset that generated that income. So, unlike the ordinary wage and salary owner who’s paying taxable income in real time, very high net worth people can choose whether and even when to pay taxes on the growth of their wealth.

The current federal income tax rate, at its highest, enforces a tax rate of 37% for individual taxpayers making $523,600 or more and for married couples making $628,300 or more. To avoid the tax rate in this income bracket, it’s not uncommon for business owners with a high net worth to pay themselves lower salaries. For example, Bezos collected just $80,000 per year as the CEO of Amazon. Apple founder Steve Jobs, former CEO of Hewlett-Packard Meg Whitman, Google co-founders Larry Page and Sergey Brin and Facebook’s Zuckerberg all accepted a salary of $1 per year, likely for the same purpose.

Remember when Senator Elizabeth Warren and Senator Bernie Sanders came out with their own wealth tax proposals during the 2020 campaign season? Implementing a regular wealth tax would finally ensure that income from wealth is taken into account alongside income from work. So even though wealthy corporate executives could still minimize their federal income tax by accepting comically low salaries, their existing wealth would be subject to taxes regardless. Warren and Sanders have continued to push for the policy, introducing the revived Ultra-Millionaire Tax Act in March with other progressive Democrats. Even President Joe Biden has proposed using wealth taxes to pay for key social-spending programs.

Wealth can be translated into spending money without being taxed

If income from wealth functions differently and is taxed differently than income from work, how is it used to purchase something? How does an asset transform into spendable money? The short answer is that wealthy people often rely on loans.

Banks are much more willing to offer wealthy people huge loans that benefit from extremely low interest rates. Business Insider reported that billionaire investor Larry Ellison, for example, opened a $9.7 billion line of credit in 2014 using some of his stock shares. The outlet also reported last year that Musk used a portion of his Tesla stock to get a loan for $550 million. Because borrowed money doesn’t count as income, that money isn’t taxable either. 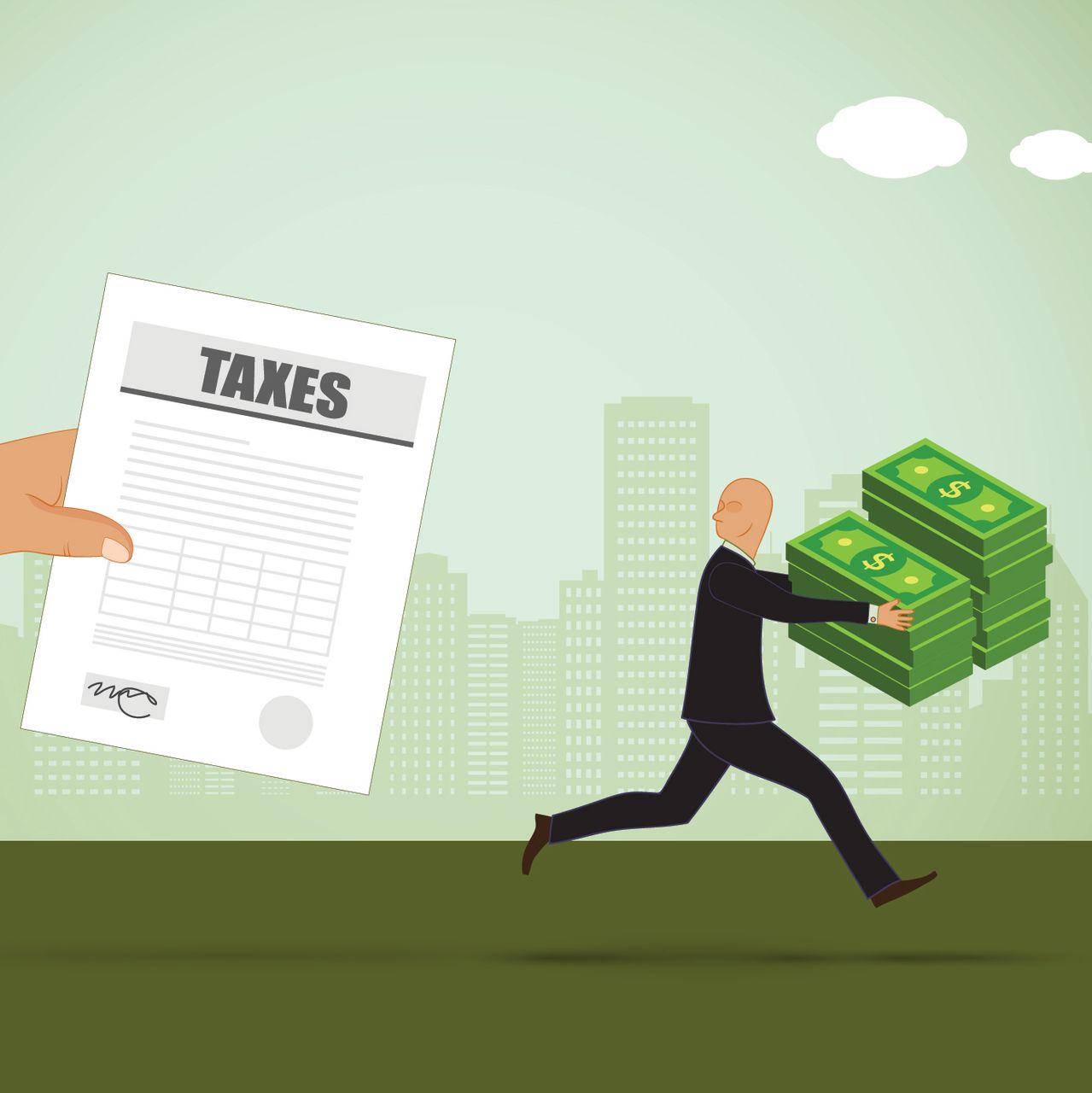 People with a high net worth often use their inordinate resources to hire professionals, donate to lawmakers, and invest in policies that are devoted to keeping their taxes low and their wealth growing unreservedly.

Tax lobbyists working on behalf of the richest Americans and corporations facilitate and maintain direct access between wealthy people’s economic interests and policymakers, essentially guaranteeing that the country’s richest people have a consistent foothold on Capitol Hill. Tax policy is regularly one of the top three most-lobbied issues in Congress. Also, high net worth people often employ tax lawyers who are well-versed in the tax code and can do the heavy lifting of finding loopholes during the tax filing process to legally save their clients as much money as possible.

Tax lawyers are also prepared for the off-chance that their multi-million-dollar or multi-billion-dollar client is audited by the IRS — a disproportionately infrequent practice that allows the wealthiest Americans to illegally skip out on an estimated $175 billion in taxes each year. Due to years of repeated budget cuts, the IRS rarely has the staff or internal resources to undertake the expensive, labour-intensive auditing process to force the biggest corporations and the wealthiest individuals to actually pay what they owe the IRS and any associated penalties. At this moment, those missing billions are needed to fund a number of major nationwide initiatives and much-needed infrastructure investments.

Are you shocked by some of the information in this article? Share your views in the comments below.